South Nias Regency is one of the regency in North Sumatra which located in Nias Island. The population is 457,757 people (January 2015). South Nias was previously part of Nias Regency. An autonomous status was obtained on February 25, 2003 and was inaugurated on July 28, 2003. The Regency consists of 104 large and small islands. The location of the island extends parallel to Sumatra island. The length of the islands is approximately 60 kilometers, 40 kilometers wide. The entire group of islands there are four large islands, namely Tanah Bala (39.67 km²), Tanah Masa (32.16 km²), Tello (18 km²), and Pini (24.36 km²). Not all islands are inhabited. The people of South Nias are spread over 21 islands in eight districts. On March 28, 2005, an earthquake hit the Nias Islands with a magnitude of 8.7 Richter, which paralyzed government and development activities in that regency. From the data there were a quite huge number of ruination recorded among others: 5,845 houses, 274 places of worship, 20 offices, and 217 school buildings and moreover 138 people died. 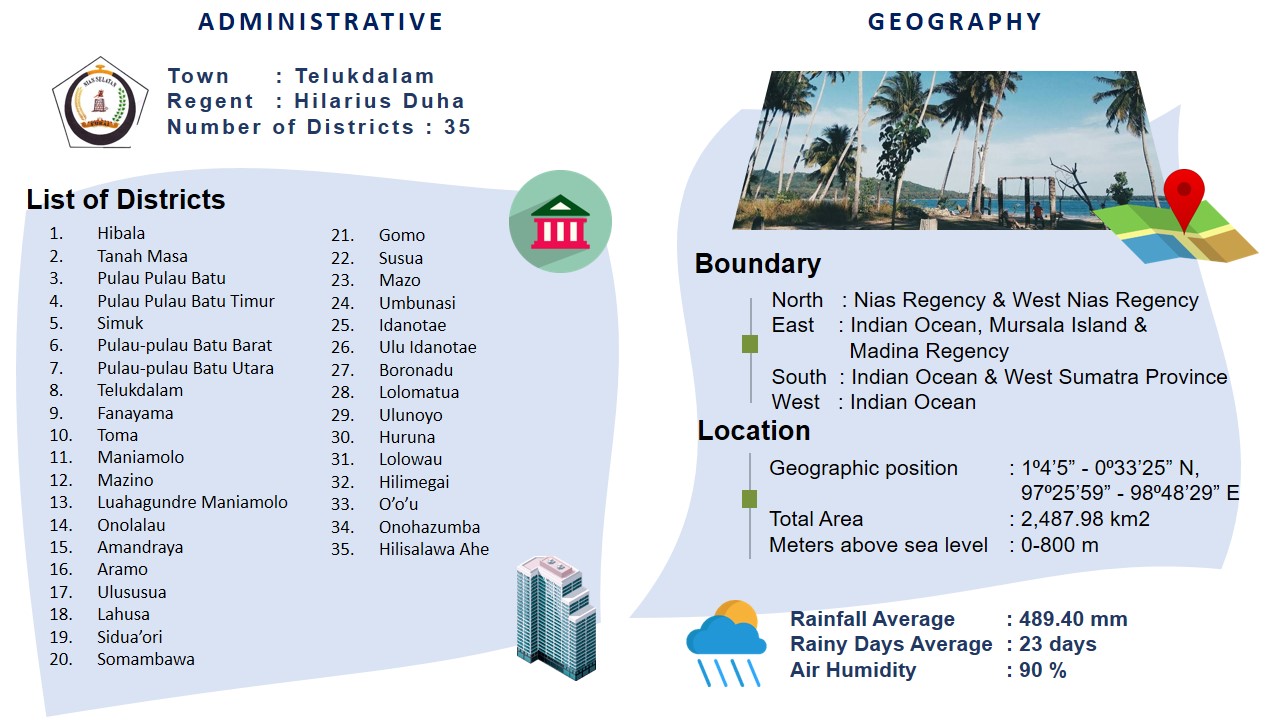 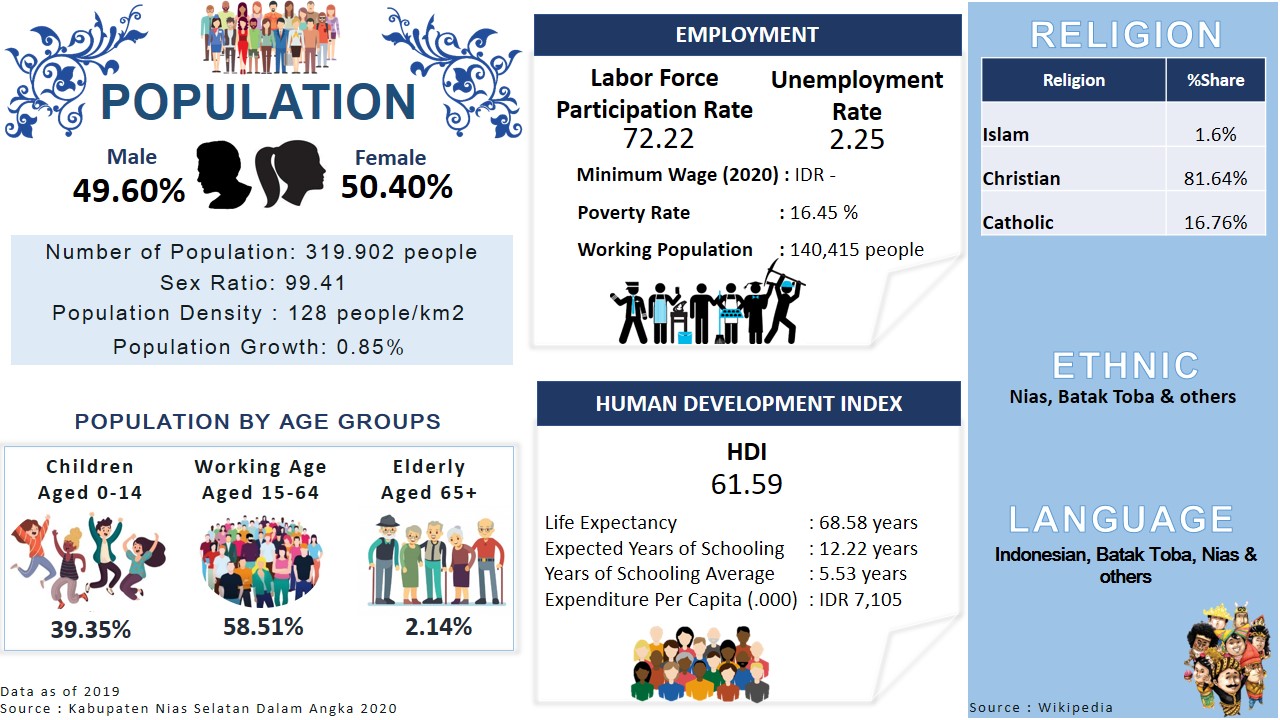 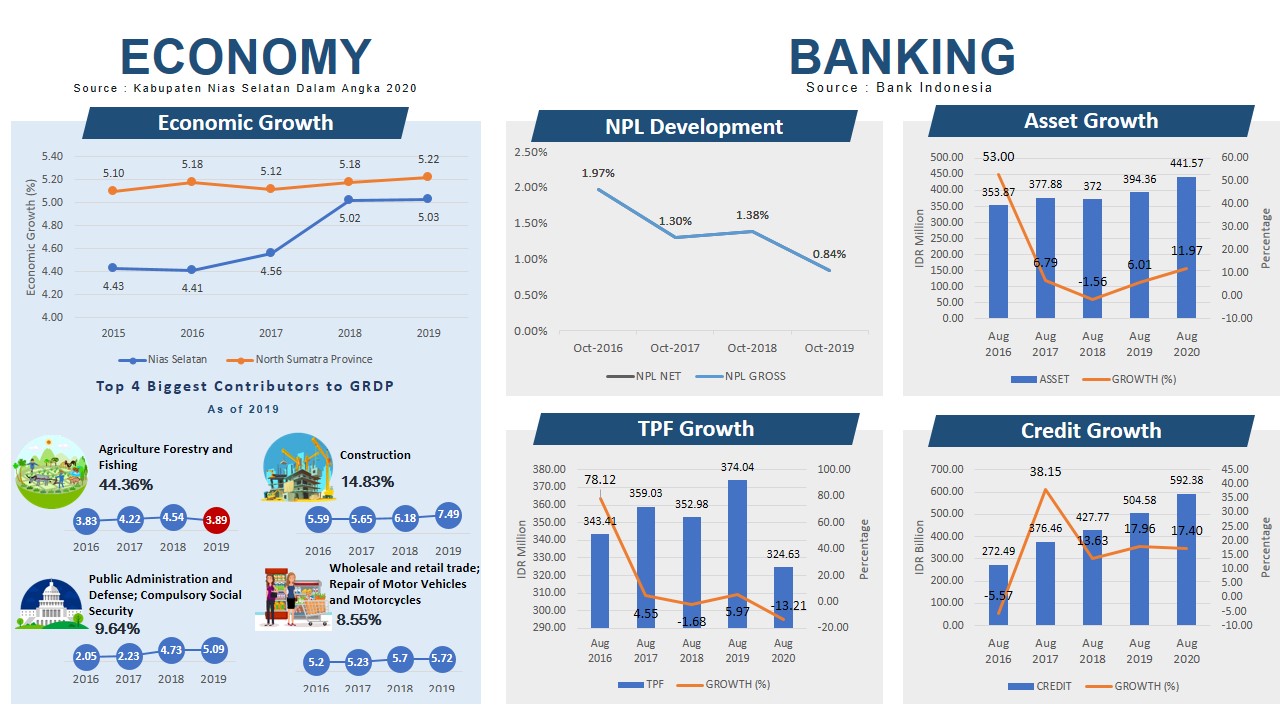 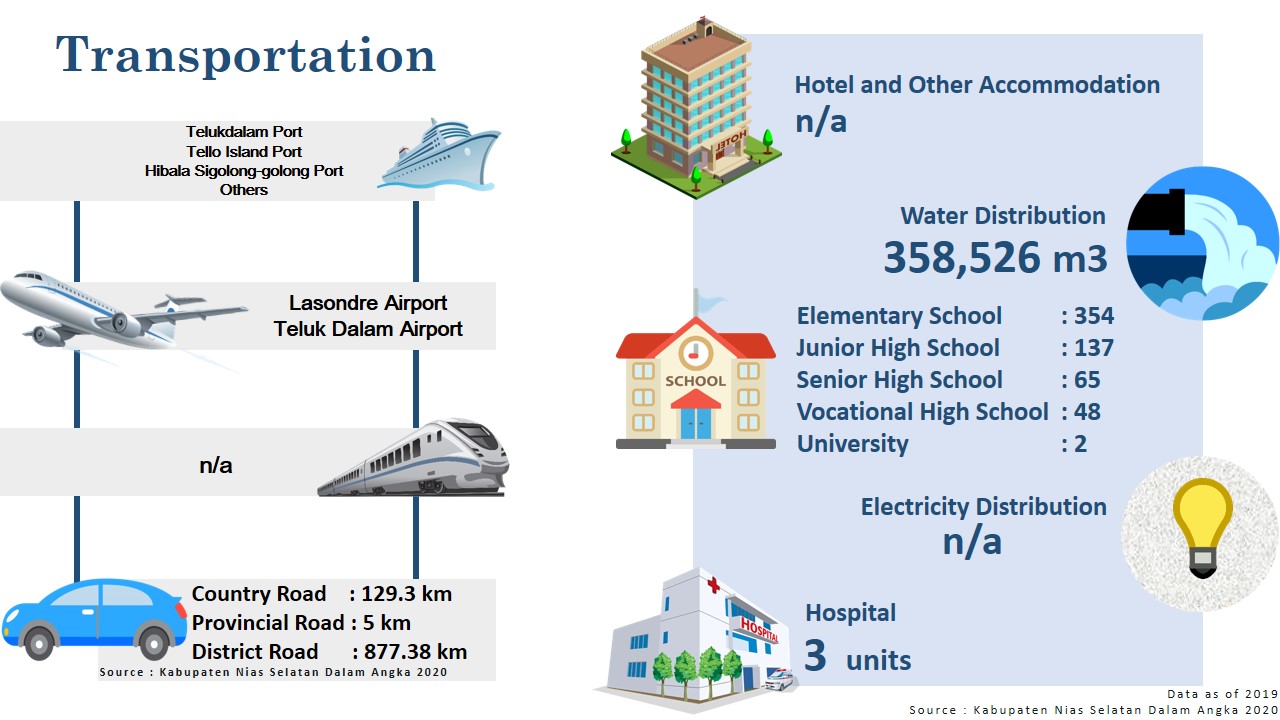 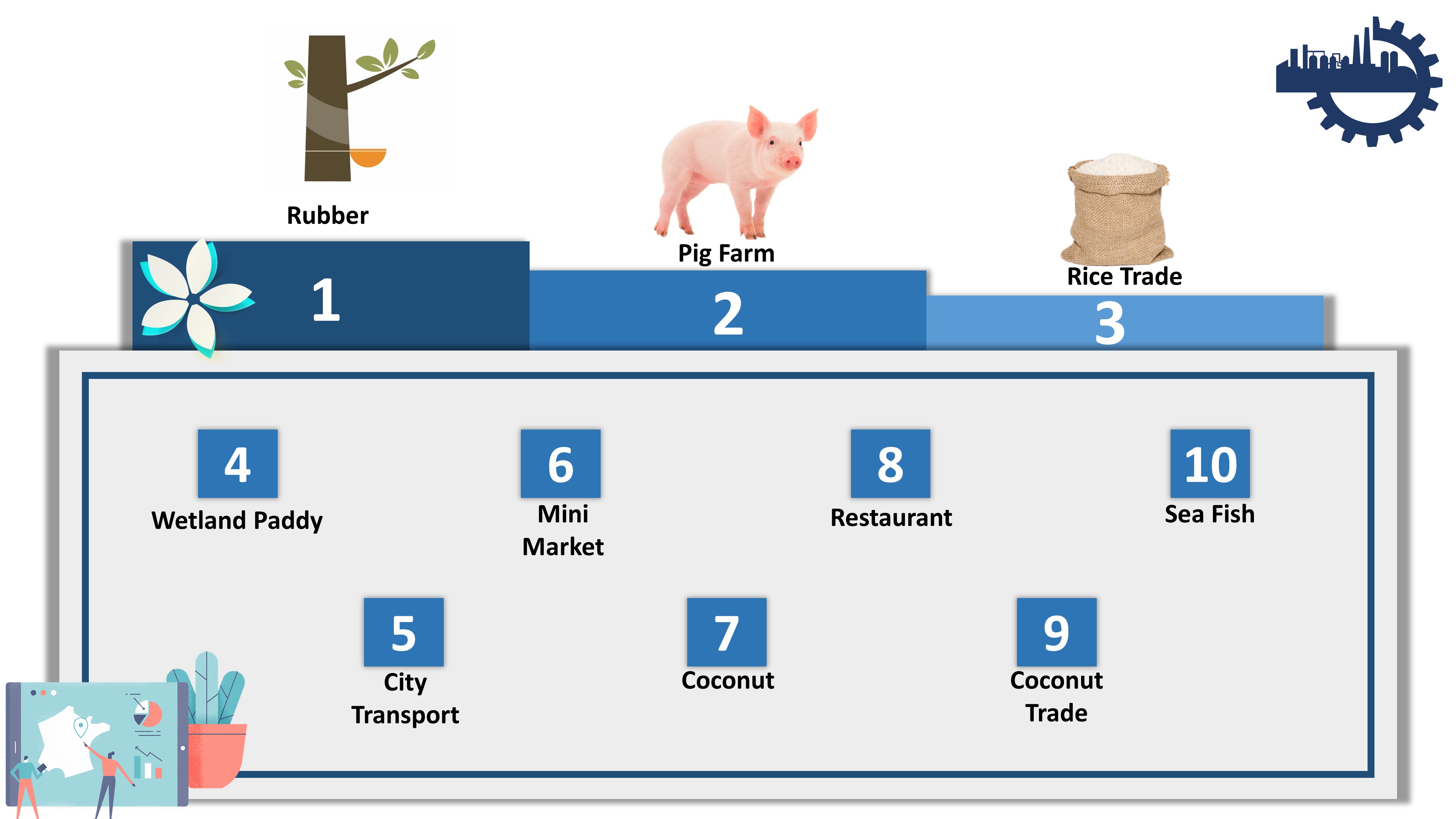