West Nias Regency is the outcome of the division of Nias Regency based on Law No. 46/2008. The Regency consists of 8 districts and 105 villages. West Nias became the New Autonomous Region (DOB) when the reigning time of Binahati B. Baeha and the President of the Republic of Indonesia Susilo Bambang Yudhoyono. The Minister of Home Affairs of the Republic of Indonesia Mardiyanto inaugurated West Nias as a DOB, Tuesday (05/26/2009), as well as inaugurated Faduhusi Daeli as Regent of West Nias. After 18 months Faduhusi Daeli resigned because he was the definitive candidate for regent of West Nias later on. The governmental wheel then carried out by the interim Governor of West Nias Drs. Sudirman Waruwu. On February 2, 2011 for the first time, West Nias held an Election for Regent and Deputy (Pilkada). 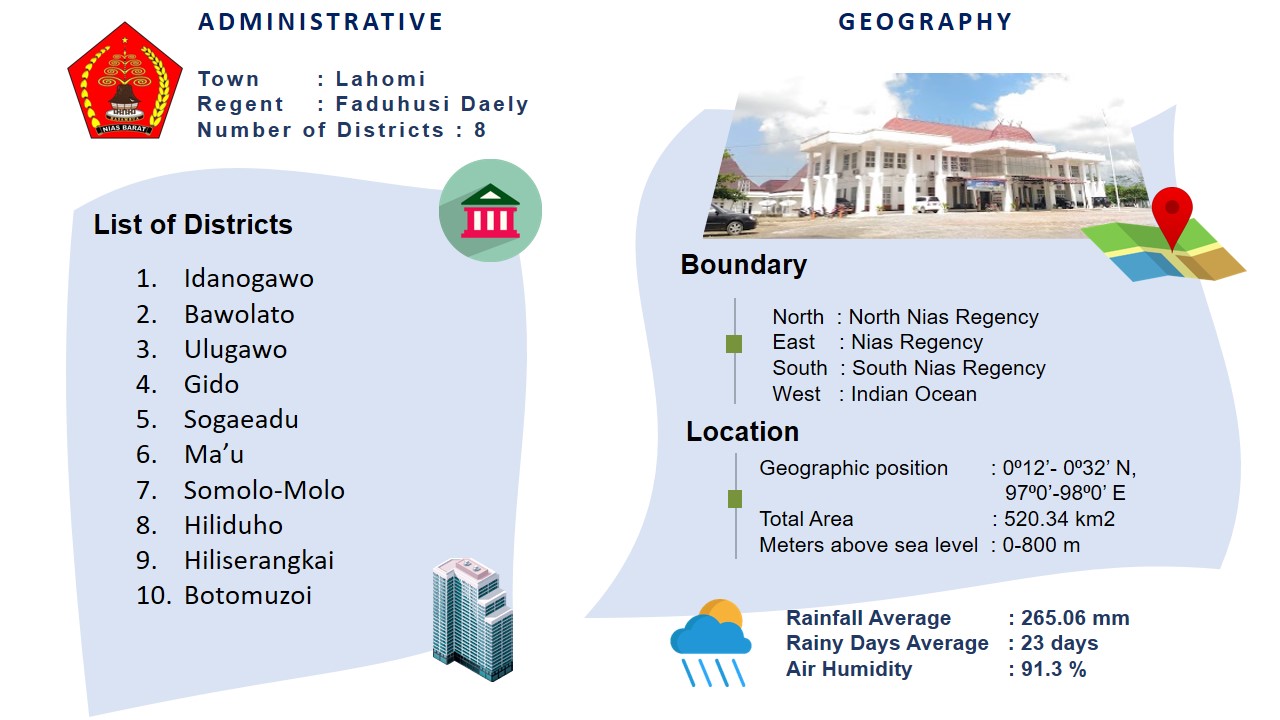 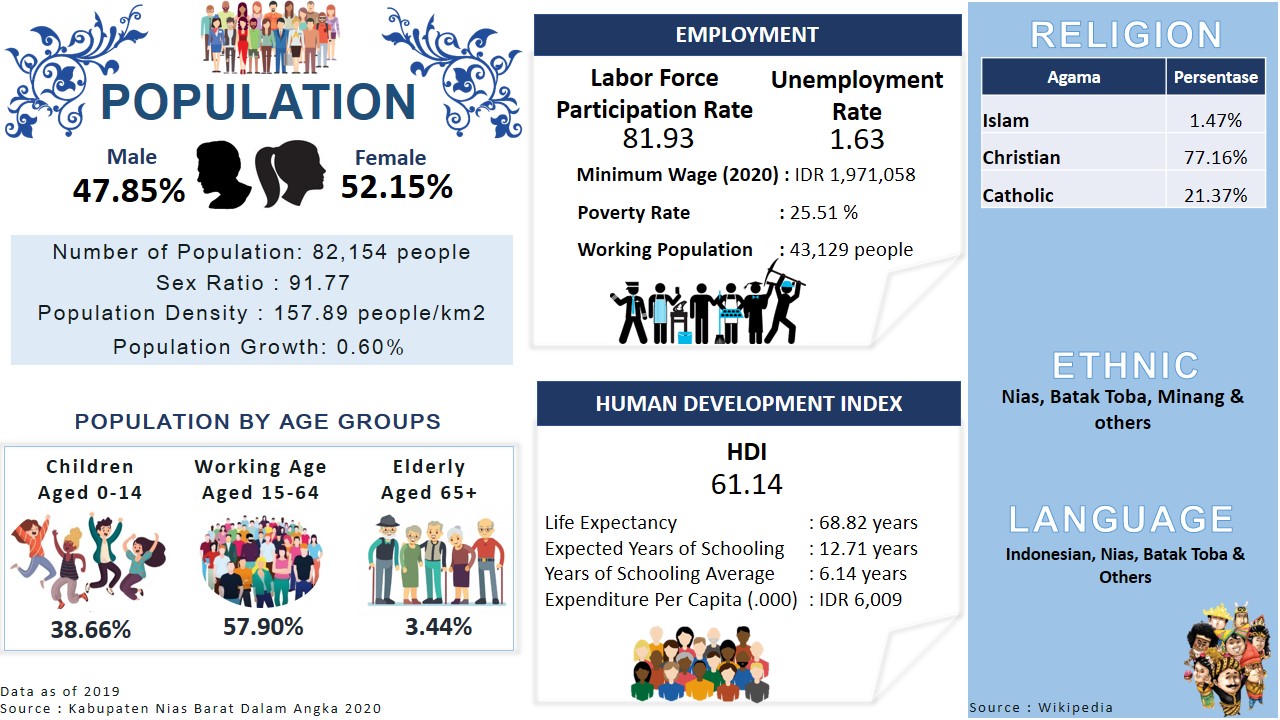 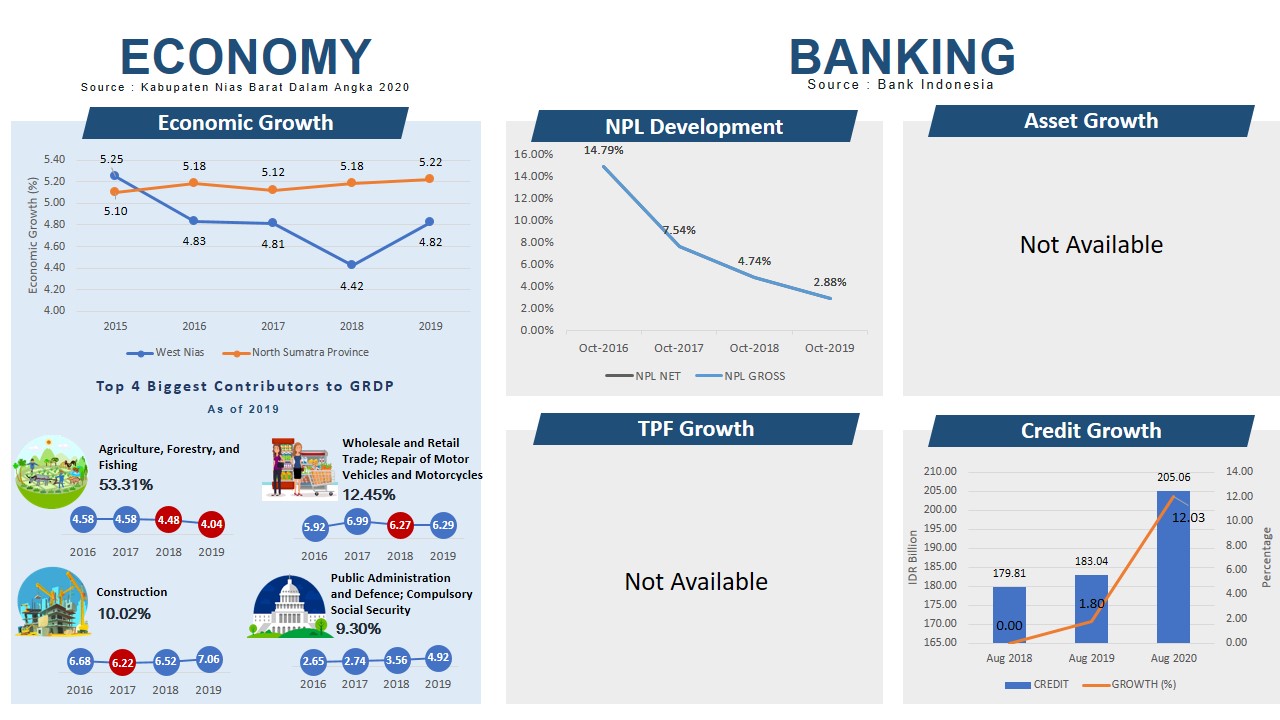 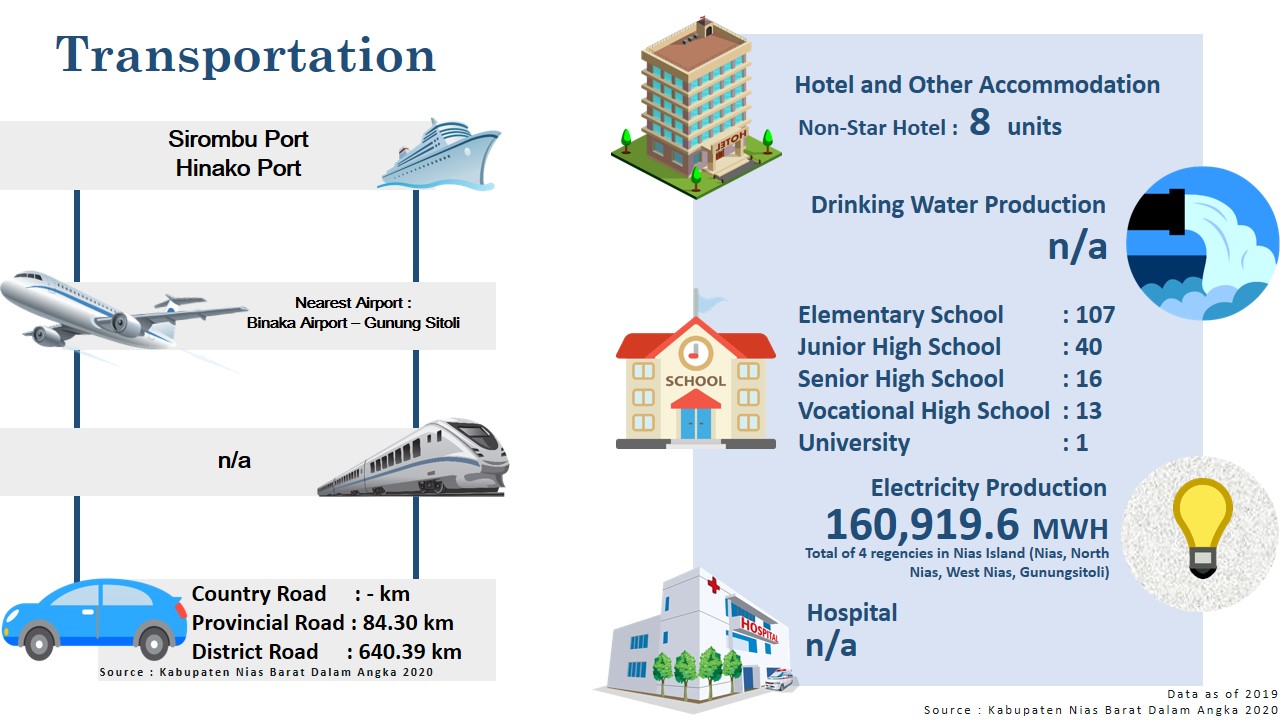