Deli Serdang Regency is a regency in North Sumatra province with the capital is Lubuk Pakam. Deli Serdang Regency has a large diversity of natural resources, making it an area that has promising investment opportunities. Apart from having large natural resources, Deli Serdang also has cultural diversity to complement the tribes of Indonesia. The original tribe of Deli Serdang is the Malay Tribe, whose naming of this regency was also taken from two greatness sultanates, namely the Sultanate of Melayu Deli and Melayu Serdang. In addition, it was also filled by the Karo Tribe and several dominant immigrant tribes such as Javanese, Batak, Minang, Chinese, Indian, and others.

In the past, this area was called Deli and Serdang Regencies, while the government was centered in the city of Medan. Historically, before the independence of the Republic of Indonesia, this area consisted of two governments in the form of a kingdom (sultanate), namely the Deli Sultanate, which was based in Medan City, and the Serdang Sultanate, which was based in Perbaungan.

Deli Serdang Regency is equipped with an international standard airport, namely Kualanamu Airport. At the end of 2015, the Trans Mebidang Bus system was operated and covered this regency as well as Medan City and Binjai City. 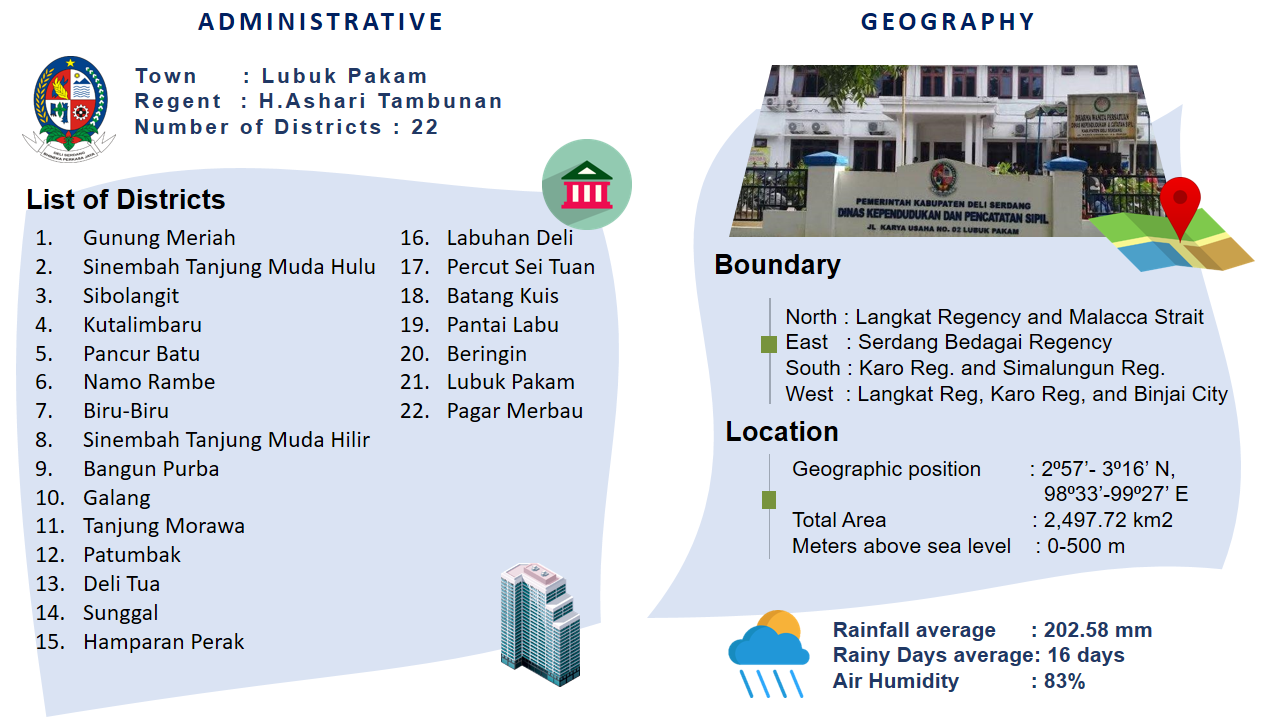 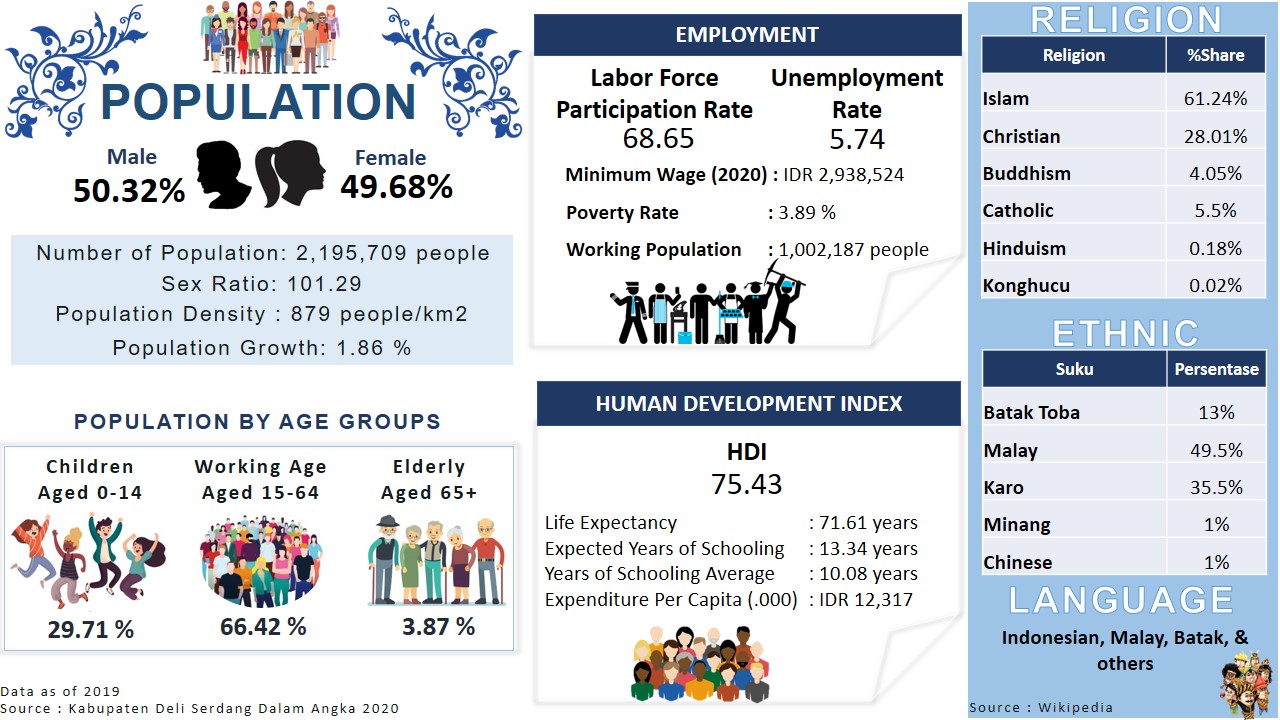 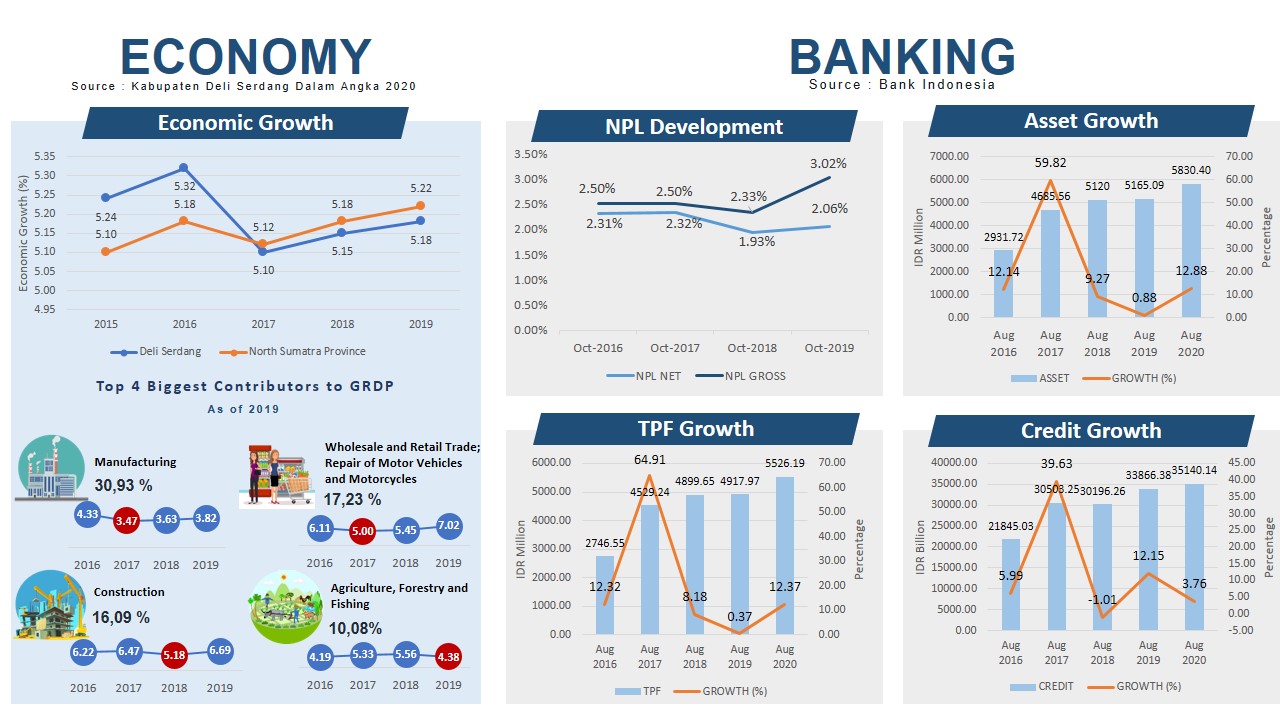 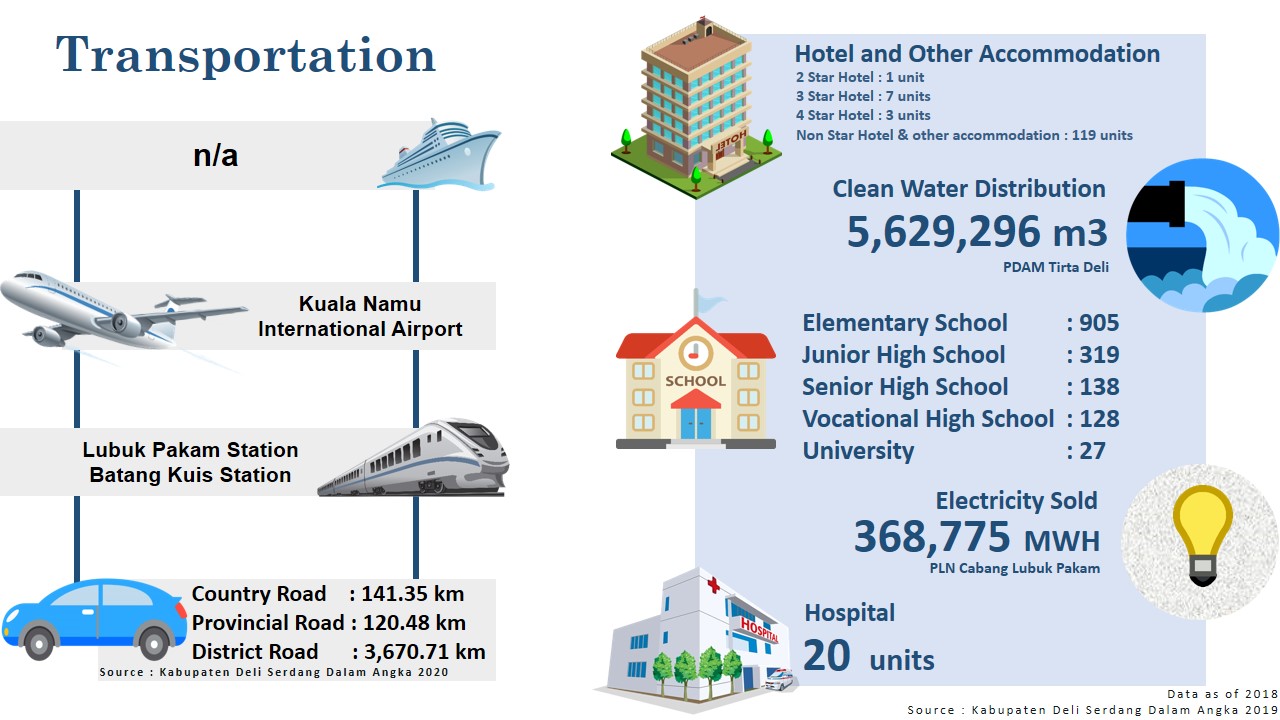 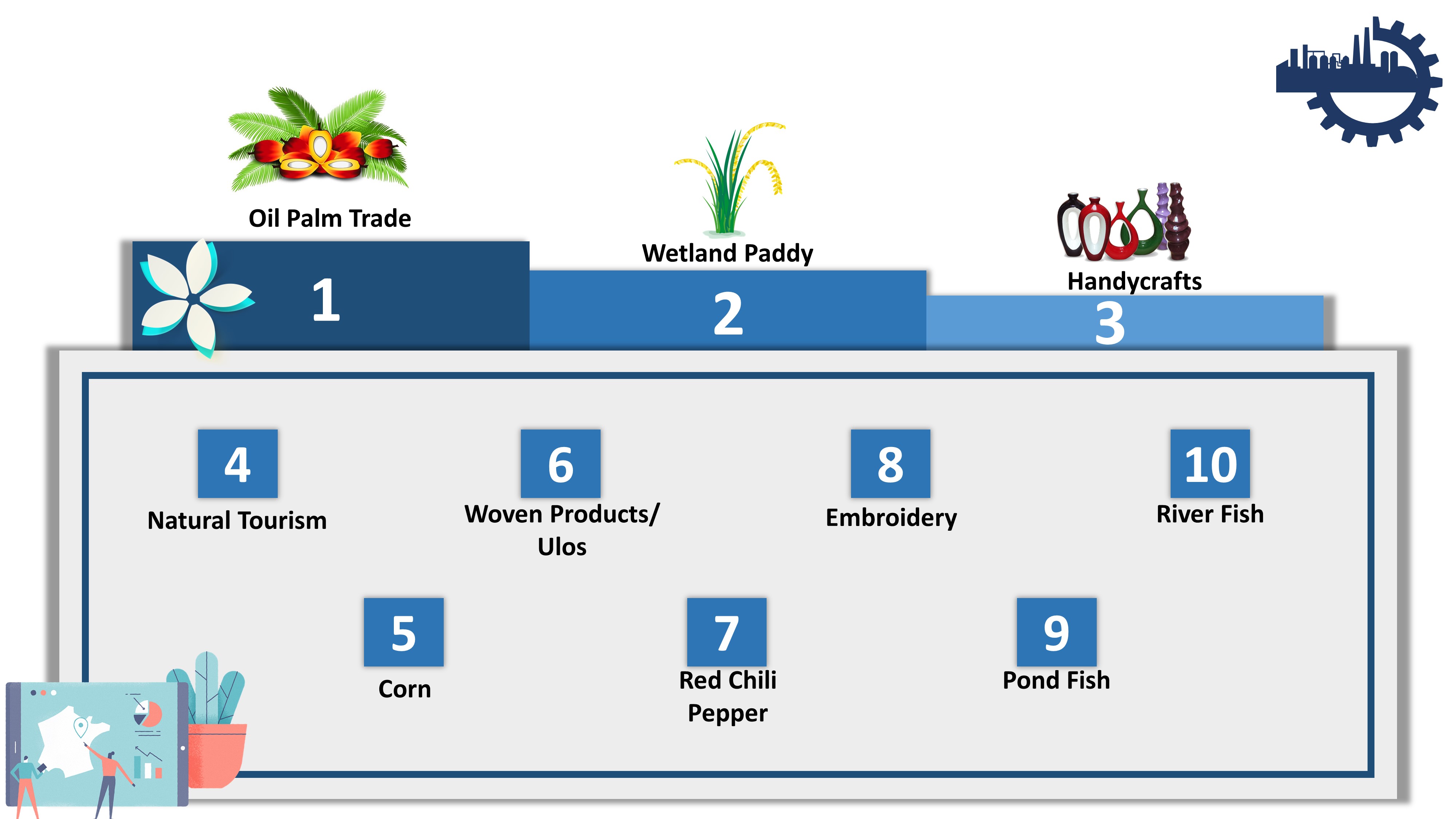